Coming and Leaving and Coming Back to Alaska

Howells have come and left Alaska four times over the past twenty-five years. Four times!

Time #1: Ken and his friend, "Uncle Paul" came in 1989, freshly discharged from the Navy, spent a month hiking and kayaking around, then left to come home to RI. Ken soon proposed marriage and the crazy idea of driving to Alaska and setting up our home.


Time #2: I said yes and we began our trek, taking six weeks to visit places and hike along the way. We got to Alaska and poked around the state, then pitched our tent by the Salcha River outside of Fairbanks, heading into town each day to search for jobs and an apartment. We found a tiny place above an attorney's office and two minimum wage jobs, which we worked for six months before Ken decided to re-enlist (with the Marine Corps this time) and get some edgy-cashun. So we left for North Carolina. Because the Marines.

Time #3: Four years later, we came back to Alaska, this time with a baby boy, a theology degree, and a job directing the now-closed Teen Challenge of Alaska. When that baby boy was diagnosed with cystic fibrosis, we left again after just one year to pastor a church in the mountains of North Carolina.


Time #4: That disaster (See conversion story page above) also lasted one year. We packed up and came to Alaska again; now with two sons, two vehicles, and zero awaiting employment. We realized that Alaska was the only place we fit in; we decided to tough it out and make it work. We have.


It has now been seventeen years since that fourth and final time and we're doing fine (Decent job and house and lots more kids)! Alaska is home.

Adventures and peace to you,

Posted by Allison at 6:17 PM No comments:

A Poem with Pics by Clare


(Copied and pasted from her locked blog...)

A story by me

This is a story/comic/picture book/poem thing that I wrote. Click on the pictures of they're too small. 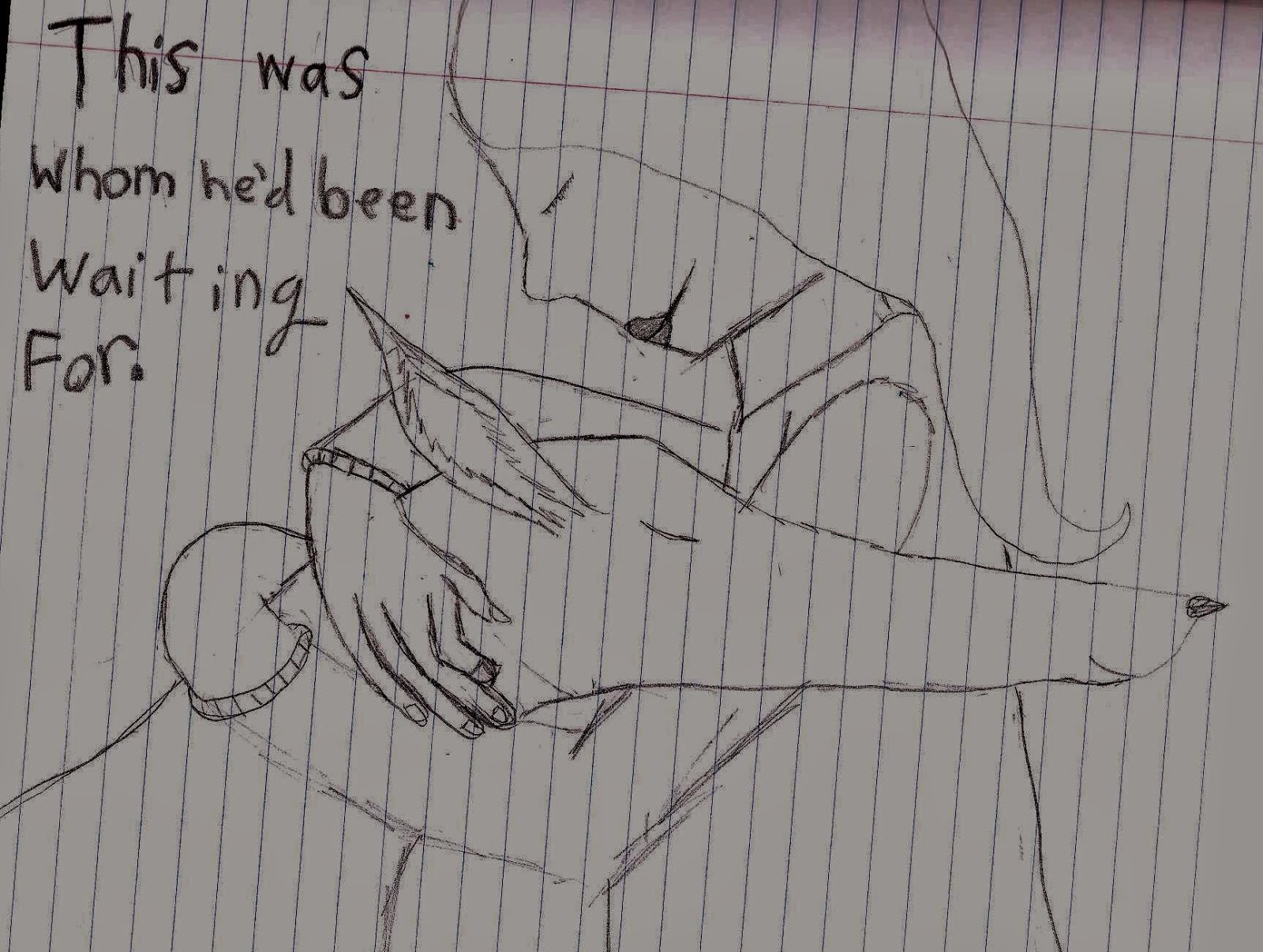 THE END.
Posted by Allison at 3:48 PM No comments:

Time for an Addie update!

At 2 1/2, she remains pretty healthy. Plenty of oral antibiotics (maybe 6 times) and one round of prednisone, but no need for IVs. She's tiny, though, weighing just 23 pounds and growing along the 5th percentile, weight  for height (which I don't ever remember). She is thriving and engaging and hilarious and affectionate. She learns new things every day and due to her constant imitation, I've renewed my efforts to curtail the brothers' potty humor.  It's just not right for a vision of pink sweetness to make those kind of noises. One thing that gives us endless amusement is her penchant for pointing at any man with a white beard and exclaiming, "Dumbledore!" or to a dark-bearded man with, "Thorin!" No, she hasn't seen the movies but the kids point out pictures.


She's still the star of the family!
Smiles, friends,
Allison