I have plenty of half-baked ideas for upcoming posts: Addie and Rees updates, important battles unit studies that we're putting together, CF food issues, and our 23rd anniversary.

I really don't want to publish partial ideas just to say I got in the 7th post. Then I was putting away some groceries Ken picked up this afternoon and saw that he'd gotten an extra box of cereal that happens to be one of my favorites (covered with an insane amount of cinnamon sugar). And I noticed something extra: 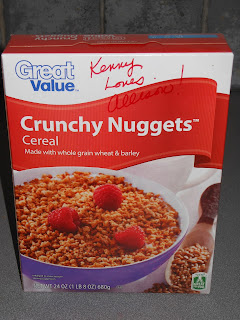 ﻿
So I can't top those precious words with any post of mine, no matter how perfectly constructed. Yes, we married young (20 and 22) and yes, Kenny still loves Allison. And I love him.

(Thank you to Jen for this blogging challenge that I don't think I will ever again attempt!)

(This is a selection from our 11 year old daughter's blog. It is locked to the public, so reprinted with her permission and without my corrections. Clearly, she reads a lot of breed books and shelter descriptions!) 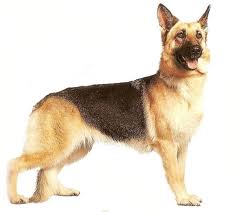 German Shepherd Dog . . . The living picture of fidelis.
Invented in Germany, this noble animal was bred to be the ideal versatile breed. And even today the GSD certainly lives up to his reputation. He his today used for Herding, Gaurding, Policework, Wardog, and Family dog. Because of this, it might not come as a shock that they are the second most popular dog in the United States.

Fidelis means faithful in Latin, and it's what the classic dog name Fido deprived from. My Dad had two GSDs as a kid, and they were and still are his favorite breed of dog, as they are mine. They are fairly active, probably described as having a moderate energy level, and they love to play ball, even though the one thing they're not bred for is retriving! They are one of the smartest dogs in the world, probably why they're used for so many jobs. They love kids and their human family, but are wary of strangers and people they don't know. They are extremly trainable, and have a low wanderlust potential, which means they stick to ya like glue and don't want to go somewhere without you, Huskies, on the other hand do not think the same way German Shepherds do on that matter.
GSDs have had toys and statues and pictures made of them everywhere. Here are a few examples.

﻿﻿﻿﻿﻿﻿﻿﻿﻿﻿﻿﻿
There are, of course, those who do not know the full extent of this dogs nobility, but let us not rest on that unfortunate subject. The German Shepherd Dog still holds his high position of second most popular dog in America, and I don't think he is any real danger of losing that. My family may even consider getting one this spring. If you are interested in more about the GSD,
click here http://gsdca.org/

I was just nursing Addie to sleep, cursing my agreement to blog 7 days in a row (I now realize that I don't think Big Thoughts every day, a necessary slice of humble pie.) when I gave up and grabbed one of my favorite gift books, a volume of mom-quotes illustrated by Mary Engelbreit (Her written introduction is a gem, as well.). Then a Decent-sized Thought came to me to share some of the quotes and artwork this overcast Saturday afternoon. Is it overcast where you are?  As long as Addie sleeps and Scooby-Doo keeps the younger set interested (Don't think too hard about that please.), I'll post pics and quips.

I want you to know that every time Fox News adds another "Stars without makeup" slide show, I call my boys to the computer to watch.

I want you to know that about once a year, I make them all watch this famous piece by Dove.

Be real, ladies; there's only one of you and you don't need to paint up to look like someone else. See? Television isn't real anyway.  It's not good for the boys in your life and it's even more not good for you.


Like a gold ring in a pig's snout is a beautiful woman without discretion (Proberbs 11:22).

Charm is deceitful and beauty is vain, but a woman who fears the Lord is to be praised (Proverbs 31:30).

... anyone's Alaskan adventuring, with a few extra health chores.  I get a little nervous when they pack up the ropes, metal spike-y things, and D rings and they get a lot of pleasure in telling me how they're not really going to tell me exactly how it went. It probably has something to do with how dangerously close to death they got. Boys.

While I love to hike and my big girl loves adventure, her breathless chattering of awesomeness usually involves animal sightings and scientific discoveries (And while bears, moose, wolves, and dead things are dangerous, we like big guns so she doesn't think it's life-threatening.)

﻿ Not so boys. I used to think that Rees was so nuts because of the life-shortening aspect of CF ~ that he wanted to compress as much adventure as possible in his life because who knew when that Sweet Chariot would swing low. With five sons now, I know better. They are nuts, period. They are a pile of running, throwing, jumping dirt that hand me dandelion bouquets and hug me goodbye (sweat and dirt and all). They like crazy stories and they like crazy trips. They also really like baby sisters and their mommies because boys are also wonderful. Ken and I want them to test their mettle in the brain AND brawn department (Hunting is particularly good for both.). Half the reason we have a backyard hobby farm is for them to do gross, demanding chores for the family.

I'm glad our CF doctor isn't big on machinery for daily care, so that Rees can toss his hand-held devices into a backpack and do scary things. He does occasionally skip nebulizers, hooking it up in the car, using the battery for power as soon as he gets there (Although the new TOBI podhaler is an exciting hand-held discovery for backcountry, as well.). So off he goes, and off they all go, for dangerous adventures. Sometmes I join them; sometimes I stay home to make cinnamon rolls and good coffee for (most) of the near-death stories.

Today they're all home, though, and I'm glad.

I know it's Wednesday morning, but I had this thought before midnight (so it counts, right?) while walking around with congested, coughing Addie, who Would Not be put down:

Ma Ingalls did not have a village.


It made me feel better. Competent. Less jealous. More proud.

(Now I'm on my way to the city for her doctor's appointment; hoping the drive will afford me the opportunity to put together a Brilliant Blog Post from my scattered thoughts. Anything to help me remain awake on the highway...)

Summer of the Garage

When Ken began building our house eleven years ago (He tells me that I agreed to live in a camper while he was working; I think he put something in my wine.), we did not own a digital camera to record every nail being driven and the regular pictures are hidden away in photo albums. Not so this Summer of the Garage. Ken took 3 weeks off in June to get as much done as possible and continues every weekend. Here again is how one man (who does not work in the construction field but possesses yankee thrift and strength along with strong sons and great friends) can build:


This, my friends, is how we live well on one salary from a non-profit agency (although, you know, I'd love more money!): No loans, save and build in an area with no zoning restrictions. Lower standards for food and clothing help, too. Ahem.


*The kids are totally fighting and I have to go, but Jennifer says to publish even without polishing, so here's the first installment in 7 posts in 7 days.

Posted by Allison at 2:15 PM No comments: 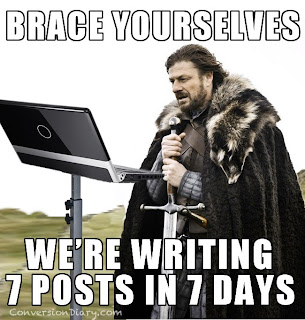 I'm joining Blogger Extraordinaire Jennifer and her friends for this exercise in writing and perfectionism and grooving.  My family will need to brace themselves for crummy dinners, though.

Posted by Allison at 2:19 PM No comments:

Walking on the Lane

I'm walking on Catholic Lane today, talking about bad breath and overlooking faults.
Posted by Allison at 7:57 PM No comments: