Rees just drove away for a 7AM appointment at the hospital, where he will receive his first fistful of Kalydeco and VX-809. After months of preliminary screening exams and waiting on recovering stability from a tough spring, he will swallow down brilliance. Even if he receives the placebo, in six months he will get the real thing, so the march has begun. He is paid for offering his body to science (as he says), which is always attractive to an eighteen year old!

I don't even know the names of the scientists, doctors, researchers, and whatever other job titles who are involved; but I love them. I hope they are paid well (and this is why we happily support the CF Foundation and aggressively oppose socialized medicine ~ ambitious, talented people should be paid.). I hope they keep working. I hope there is a way to express my ... thanks, love, respect... all of it and more.

We've been crushed with disappointment so many times over the years that I'm OK with smiling, but never allow giddiness. It is a trepidatious hope. The first seven years or so, even though he wasn't healed, we were going to take control and have him be the healthiest CF kid in the world. I cooked right, cleaned right, exercised him right, did his lung chores right. But CF is still CF and he still needed hospitalization after hospitalization. Then I was introduced to the World Wide Web and learned that some kids had never been hospitalized at all (It truly takes its course differently in every body without prediction, even with similar mutations.). Disappointment after disappointment, CF controls. Now, aside from skeletal management (lots of butter, ice cream, and gravy; stay away from hot tubs and dripping, sneezing noses), we live. Everywhere. Because remaining in a filtered home with none of us ever leaving (and bringing home bugs) or knowing other people, even with CF, is not living.

Here's a possibility that a handful of pills can unfold the CFTR protein, and, well ... 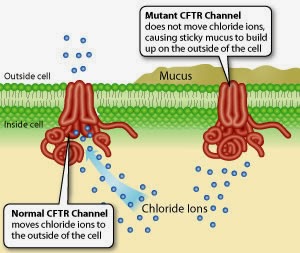 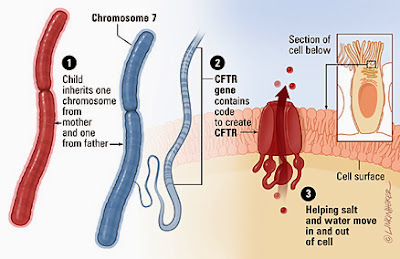 I recently read a post on home organization from which I gleaned a few good ideas (brown wrapping paper with ribbons and clear, over-the-door shoe holders), but overall, it was far too rich for my blood. After 23 years of small houses and our now nine-person family, I've become a great organizational hack. So if you, like me, do not have a linen closet, a laundry room, a mud room, a garage*, or a smart phone; can neither travel with your children nor hire a carpenter; and the thought of a $62. bra (which would keep us in potatoes for months) gives you hives, not joy . . . maybe you'll like some of my ideas.

After a year off from backyard hobby farming in order to redo and repair, we've tossed a few animals back into the yard. Still need to save money to fence in an acre of the field for goats, but the garage gets all the money for a few more months. The PHFR order is wrong, but I don't have time to rearrange the pictures (I'm at a 1st grade level, tehnologically.) and I told the kids it's just a few minutes before morning prayers, so ~


We are already enjoying fresh eggs and look forward to adding domestic meat to what my men hunt and catch. We will have arrived when we have fresh milk again (Funny how my idea of success has changed over the years...).

OK, time to get out that catechism...
Hope it's a happy day; Our Mother's Daughters will help!
Love, Allison
Posted by Allison at 11:26 AM 2 comments:

Uncle Walt, Bill Federer, and the Bishops on Labor Day 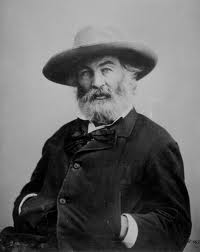 I Hear America Singing.
I hear America singing, the varied carols I hear,
Those of mechanics, each one singing his as it should be blithe
and strong,
The carpenter singing his as he measures his plank or beam,
The mason singing his as he makes ready for work, or leaves off
work,
The boatman singing what belongs to him in his boat, the deck-
hand singing on the steamboat deck,
The shoemaker singing as he sits on his bench, the hatter singing
as he stands,
The woodcutter's song, the ploughboy's on his way in the morn-
ing, or at noon intermission or at sundown,
The delicious singing of the mother, or of the young wife at work,
or of the girl sewing or washing,
Each singing what belongs to him or her and to none else,
The day what belongs to the day—at night the party of young
fellows, robust, friendly,
Singing with open mouths their strong melodious songs. 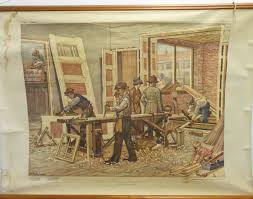 Here is the USCCB on the dignity of work and workers.
Hope it's an encouraging, wonderful day, friends!
Love, Allison
﻿
﻿
Posted by Allison at 1:43 PM No comments: