I saw you at Walmart yesterday. My first thought was to interrupt to say hello but I wasn't entirely sure it was you so I held back. When I saw you again at the checkout line (I promise I wasn't following!) and heard you say "Thank you, Ma'am," on your way out, I knew it was you but then it was too late. As my husband and I drove home, we talked about things we remembered (We've lived here 20 years.).

Had I interrupted you in your search for yogurt, I would have asked if your big son had Christmas leave and if your little son was doing well. I would have asked about your daughters and grandson and if your extended family gathers at your pretty house on the lake. I would have asked about your mother, who taught my small sons' Sunday school class many years ago at MatSu Covenant church (Hi Miss Sally!). I would have said that I'm so glad to see you home for Christmas and that I bought your book for a present and read it before wrapping! I wouldn't have talked politics too much, but I would have told you that we thought (and still think) that you're doing a great job and that I trust your researching into candidates and propositions  (There's a local lady that I also pay attention to: whatever she does, I do the opposite.). This is not because I'm lazy but because I'm busy with kids to homeschool and interesting things to read on the internet!

Had I interrupted you, we would have parted friends. I imagine when one has such a public life that other people feel they know you, and I'm no exception.

The next time I see you; I plan to interrupt!

Merry Christmas to you and yours and may the new year bring strength and joy.
God bless you, dear Sarah Palin.
Your friend,
Allison (and all my family)
Posted by Allison at 9:56 AM 1 comment:

In Defense of Decorating for Christmas in Advent 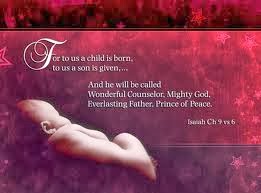 I've read several articles recently that wag the (written) finger at those of us who decorate for Christmas right after Thanksgiving, accusing us of of crass materialism and a misunderstanding of the liturgical season. Not necessarily so.

Advent is thus a period for devout and joyful expectation [Norms 39].


We put up the tree and decorate it; we change around pictures; we have lights everywhere; we get out all the Christmas books and movies and music; and we get out the three children's nativity sets and keep Baby Jesus in. Here's a description of what we do.

We work on memorizing Isaiah 9:6 and John 1:14 and praying our Saint Andrew novena. They play the nativity story all day long. We make a Maranatha poster. We go to Confession extra times and celebrate extra feasts for Our Lady of Guadalupe and St. Nicholas. We give stuff away and make gifts for people we love. We attend Mass for the feast of the Immaculate Conception and thank God especially for babies, our lives and His plans.

All in the glow of the Christmas tree, with Bing Crosby, Josh Groban, and Susan Boyle crooning the hymns and carols. Occasionally we break out into dance when I put in a celtic CD! The younger children ask all the time how much longer for Christmas and I tell the story over and over. And over.

It's our way of preparing, remembering, and directing ourselves toward Jesus in "devout and joyful expectation." 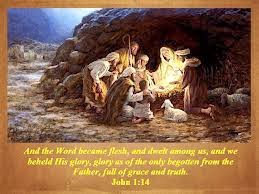 Oh and P.S. ~ our afterglow does last until Epiphany, when we have a final party, write thank you notes and take everything down (Glad I remembered to add this!).

(She's 12 and it's a locked blog, but I copied and pasted here because I like it and because you never know when you may meet a werewolf...)


Lycanthropy is a fancy word for the sickness of being a werewolf. You can become a werewolf by being bitten by one. If they are in human form and bite, you won't become a werewolf, but you will have many werewolf tendencies, such as a taste for raw meat. Scratches only leave deep scars. If a werewolf marries a normal person, their children will also be normal. It's very rare, but if werewolves mate in their wolf forms, the result will be a litter of regular wolves! Regular, except for the fact that they are extremely smart. So smart, in fact, that they are considered almost human . . .
Anyway. Although they can live almost normal human lives, once a month at the full moon, a werewolf will go through an incredibly painful transformation from human to wolf-like creature. They lose the ability to think in a human way, becoming highly aggressive towards humans-even those very close to them.Though werewolves usually only infect their victims through biting, sometimes they take it too far and actually kill the person. Without any humans nearby to attack, or any animals to occupy it, a werewolf will attack itself out of frustration, leaving deep scars that stay even in human form. There is no cure for lycanthropy, however, according to the Harry Potter Wizarding World, a certain Wolfsbane Potion will dilute the effects, making it so that when you transform, you keep your human mind in your wolf form, thus freeing the person from the worry of harming anyone unknowingly. Indeed, when in their human forms, many werewolves age prematurely under the stress of perhaps biting somebody when they transform. Werewolves are often treated (in human form!) with prejudice and disgust, although most are just like us except on the full moon. Some are good (likeRemus Lupin) and some are bad (like Fenrir Greyback). Both of those names and characters are from Harry Potter.
However, not all are evil in their monstrous forms. In old irish legends, there's a creature called a Faoladh, which is described as being a human that turns into a large wolf whenever somebody gets hurt, and the Faoladh goes to the wounded persons side and gives them luck. But usually (in most good literature), Werewolves are evil when they transform. That's it. No way around it. Well, maybe not evil, but crazy, and that's bad enough. Unless, of course, you happen to know someone who can brew Wolfsbane potion!